The Bauhaus was arguably the single most influential modernist art school of the 20th century. Its approach to teaching, and to the relationship between art, society, and technology, had a major impact both in Europe and in the United States long after its closure under Nazi pressure in 1933. Only active for 14 years it started as the “State Bauhaus” (Staatliches Bauhaus) in Weimar, as a “school of design” in Dessau and as a private education institute in Berlin. One hundred years ago.

The period that led to the Bauhaus was very much influenced by approaches to education reform and by the pre-war Arts and Crafts movement. Its ideas had an impact well beyond the school itself, its locations and its time. In 1919, Walter Gropius, founded the school.

While the men at the Bauhaus went on to be the greatest influencers of all time in their fields. Sounding names like Walter Gropius, Josef Albers, Marcel Breuer, Wassily Kandinsky, Ludwig Mies van der Rohe, Paul Klee and László Moholy-Nagy all studied or teached at the school.
Women were also allowed into the school—and its manifesto stated that it welcomed “any person of good repute, without regard to age or sex”, unseen in these days. A strong gender bias still informed its structure. Female students, for instance, were encouraged to pursue weaving rather than male-dominated mediums like painting, carving, and architecture. Bauhaus founder Walter Gropius encouraged this distinction through his vocal belief that men thought in three dimensions, while women could only handle two...if he only knew. 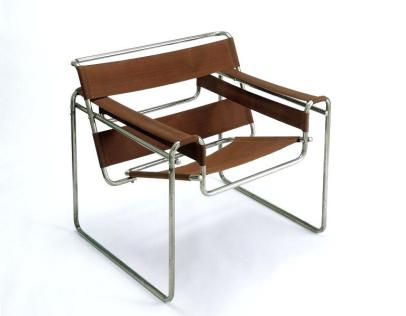 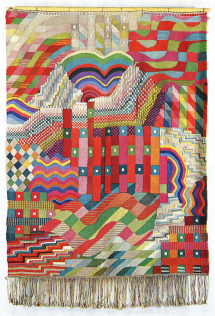 The year 2019 will mark the 100th birthday of the Bauhaus. As that date approaches, this bias toward the school’s male students is being revised, and its many integral female members recognized by scholarship and institutional exhibitions. Weavers, industrial designers, photographers, and architects like Anni Albers, Marianne Brandt, Gunta Stölzl, Kitty van der Mijll Dekker, Otti Berger, Alma Siedhoff-Buscher and Gertrud Arndt not only advanced the school’s historic marriage of art and function; they were also essential in laying the groundwork for centuries of art and design innovation to come after them.
Make sure not to visit one of the events and expos that are happening this year. Check for details and locations, www.bauhaus100.com
Hail to the women!